Thursday June 24th started as just about any normal day at the Bongolo Eye Clinic would start. After the morning devotional together with the hospital staff, the eye clinic staff arrived at 8am. We’re currently up to a staff of 7 people besides myself:

We all filed through the doors into the clinic and began the day’s work. We saw postop patients from the previous day’s surgeries, then while consultations were taking place in the clinic, we began our surgeries in the attached OR. After I’d finished the fourth cataract surgery, it was time for Dr. Elisee to come in from the clinic to begin his cataract cases. Here are some of the instruments we use for this surgery: 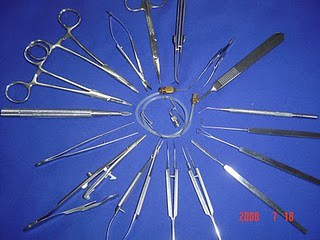 Elisee’s patient was escorted to the operating table and the anesthesia given. Before the operation, the patient saw only the difference between light and dark in the eye scheduled to be operated on – he couldn’t discern any movement or form with it at all.

Elisee took his place at the head of the bed, began with a prayer, and started the surgery with me watching from the side observer scope of our microscope. Each step went well – the opening of the conjunctiva, the construction of the precisely formed tunnel incision, the paracentesis, filling the eye with viscoelastic, opening the capsule around the lens…lately Elisee has been ending there, but this time he was ready for the next step and he continued…lifting and extracting the opaque white lens (cataract), cleaning the remnants of the cataract, and finally inserting the new clear artificial lens. When he was done, the whole operating team let out a spontaneous cheer – this was Elisee’s first entire MSICS cataract extraction!

Here’s a picture of Elisee, grinning after the surgery, and putting his name down as chief surgeon on the operatory note for this case: 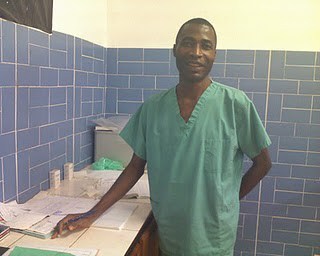 At the end of the afternoon, Jean Paul went to a local store and bought soft drinks for us all to share, and we had a party right there in the clinic, to celebrate a momentous occasion: 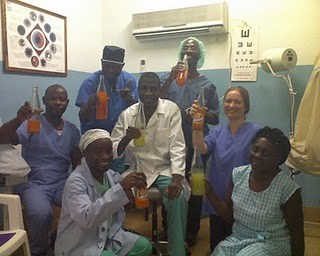 (Marius was taking the photo, so is missing from this picture.)

The next day, in the morning, we took the patches off of the patients who had been operated on. Then the visual acuities were measured – Elisee’s patient saw 20/40 already! Here he is examining his patient: 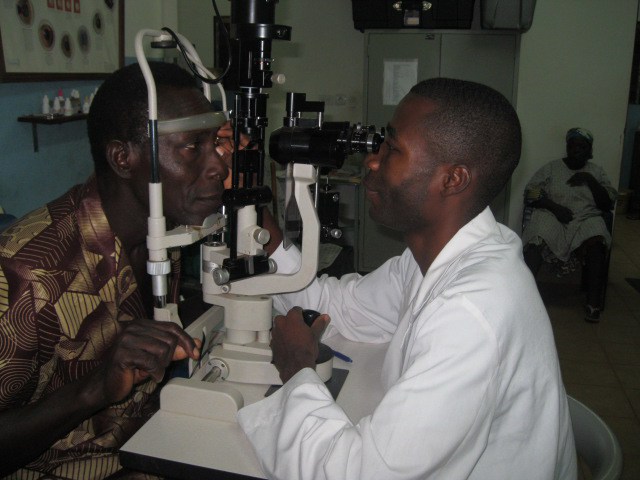 The patient was really happy, and shook Elisee’s hand with joy as we took their pictures: 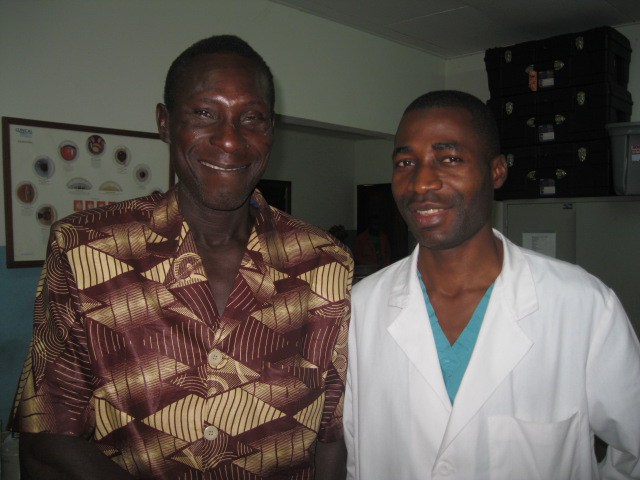 In some way, I almost feel like this patient is some kind of grandchild of mine, because my student restored his sight. 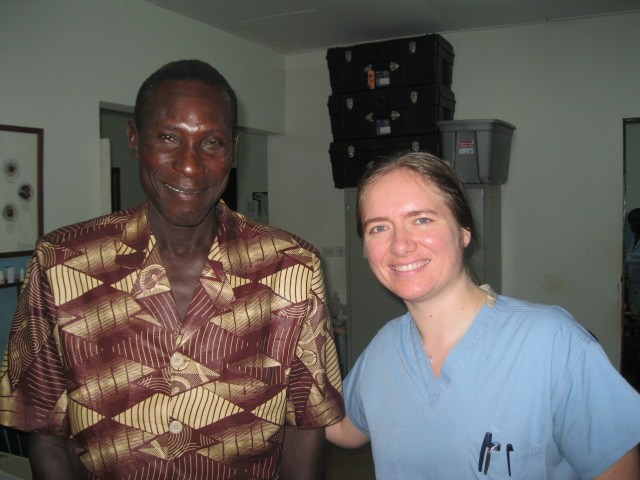 The patient’s only question was when can we operate on his other eye . Praise God for His continued sustenance and direction as we continue our work here at Bongolo.