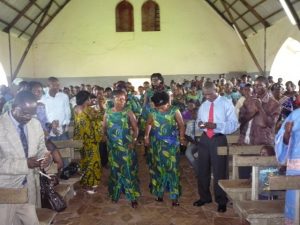 On Sunday May 9, 2010 eight Bongolo Hospital Nursing students graduated in a ceremony held during the Bongolo Alliance Church service. The regular church service was held, but the message given by the Alliance District Superintendent, Pastor Mbesse, was directed towards the new graduates. At the end of the service the new Graduate Nurses slipped out and went to the back of the church where they entered the church while doing the “African Shuffle”, to music provided by the worship team, an electric keyboard and guitars.

After several speeches by various people, the diplomas were handed out. A reception was for the new graduate nurses and their invited guests. They were so excited and Praised the Lord to finally be finished with this 29 month study program! 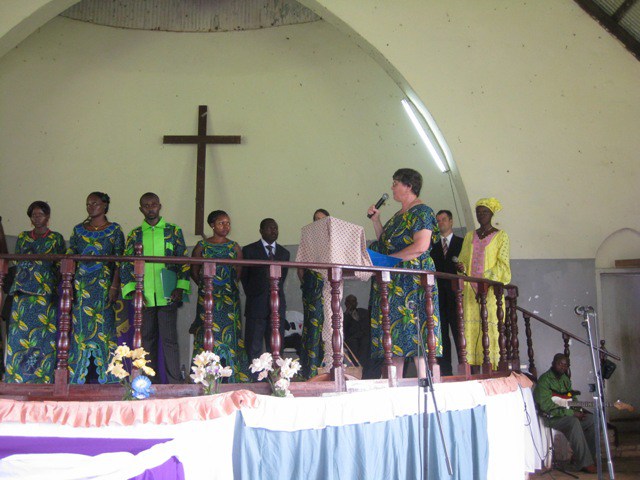 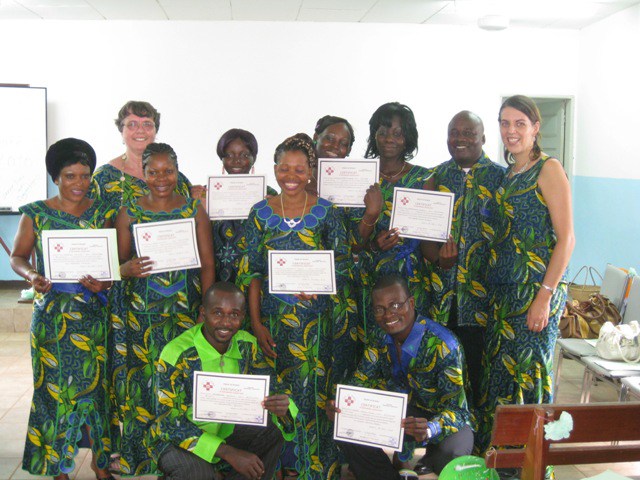 Included in the above photo are three of the school’s Professors: Carolyn Thorson, Lisa Nicky and Moungala Claude. Two Professors, Rebecca Thompson and Karen Fitch were in the States and missed the Graduation.