The end of March Pilot Steve Straw sent this news item about an unplanned landing  of the Air Calvary plane:

“Air Calvary’s Cessna 207 aircraft, based in Gabon, Africa, experienced a loss in engine power and made a forced landing in the village of Owendo, just south of the city of Libreville.  No one on the ground was injured and neither were the two pilots and one passenger participating in the training flight.  There was minor property damage and the aircraft also incurred structural damage.  A detailed report will follow.”

Steve and Alace Straw and their three children are now on a three month planned Home Assignment in the States.  No repairs will likely be done on the plane until their return.  To follow their trip you may visit their “Arrivals and Departures” blog. 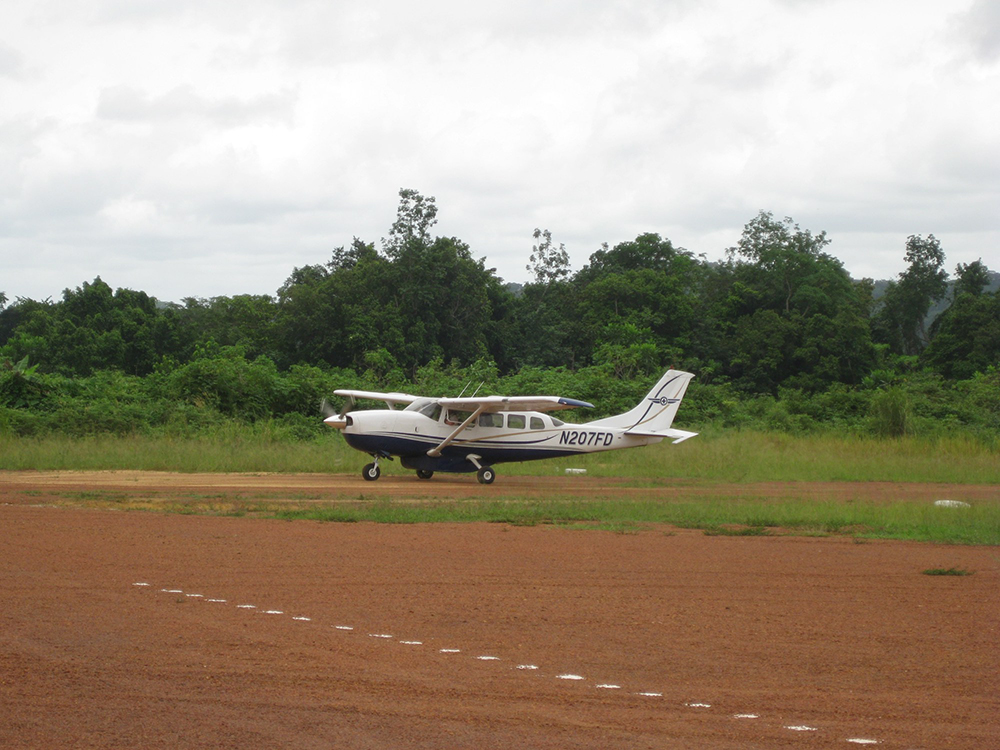